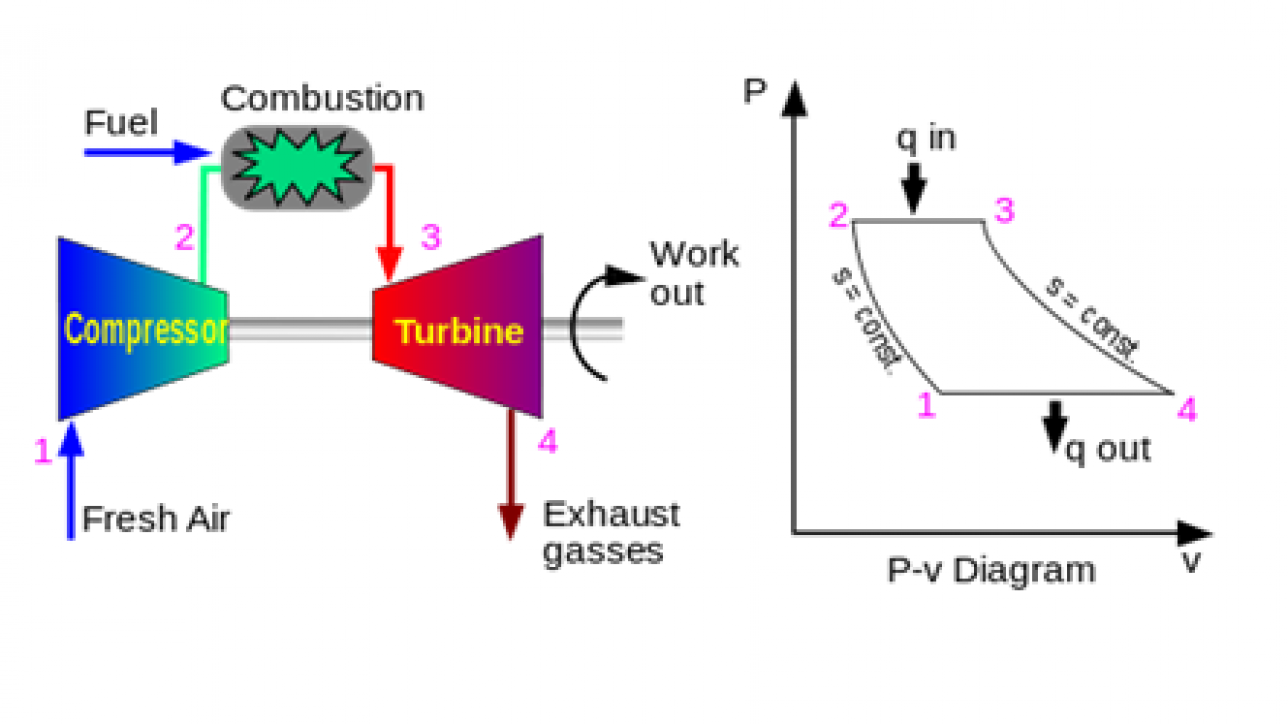 At its very core, Dynamo is building turbo machinery.  A very simple device made complex by time and design.  The first turbines were built as early as Hero of Alexandria in the 1st century, yet with the advent of steam power, and the ever increasing need to do more work with less fuel in a tighter footprint, the turbine has become ever more complex.
To explain how the Dynamo Turbocore works, we first must learn a basic fact about engines.  Engines do work, which is really a force over a distance (or a torque over an angle).  To get this useful work, typical engines complete a cycle (to allow you to get work over and over again).  By pushing on a fluid, adding heat, and then letting the fluid expand, and using that expansion to drive mechanical motion, some of the energy in the heat can be used to produce useful work—like lifting water or pushing a car.
Gas Turbines do this in a very simple way.  Air is accelerated by a compressor wheel, and then slowed down in a stationary passage to convert velocity to static pressure.  Then heat is added in a combustion chamber, which expands the air and increases the volumetric flow rate.  Then the hot air is accelerated through a set of nozzles, and then a turbine gets pushed by this fast moving air, and pulls out some of the kinetic energy.  In the Dynamo Turbocore, there are two such turbines, the first one is used to power the compressor, and the second generates shaft power for us to use.  The compressor creates the push (force / area) while the air flowing through the engine is the volume (length * area).  For those of you keeping track, you will know that the volume passing through the turbine is greater than the volume flowing through the compressor—this is another way to interpret why heating the air creates more net power. 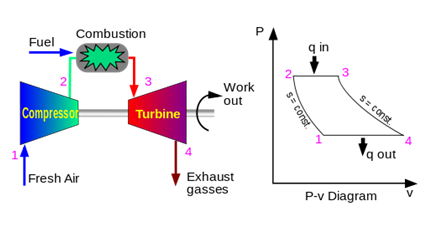 Gas turbines like the Turbocore can be made more efficient by adding multiple compressors or spinning the compressors faster to increase the pressure, and they can be made more powerful by using bigger compressors to flow more air (and volume) through the engine.
So that takes care of the mechanical portions of the engine.  But of course, this doesn’t explain how we take power from a rotating turbine and convert that into useful electricity—more on this next week.