Warning: count(): Parameter must be an array or an object that implements Countable in /home/dynamo6/dynamo-micropower.com/dev1/wp-content/plugins/css-javascript-toolbox/framework/events/subjects/hook.subject.php on line 82
 The Bakken—Part 2: Wellpad Configuration | Dynamo
Jason Ethier Uncategorized
April 7, 2014 Jason Ethier 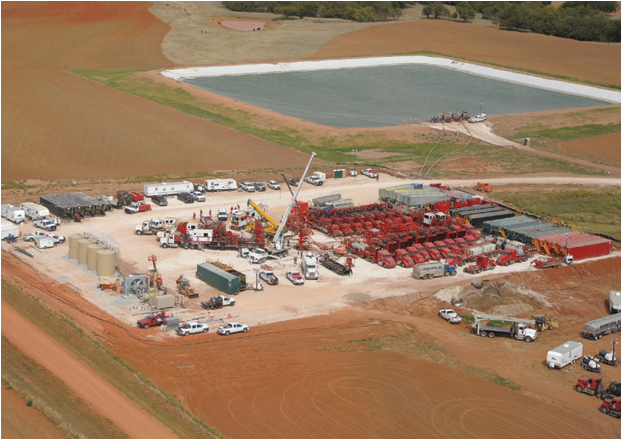 While we are talking about the oil field, we should probably talk about what the oil field is.  Upstream operations mostly take place at a wellpad.  Modern fracked wells require relatively large amounts of space, as shown in this picture on the left.   This is done to accommodate all the equipment needed to drill and complete a well.  “Completion” is a process whereby rock is perforated and stimulated (fractured & cleaned up). Once completed, a well enters production phase—as represented by the picture on below.

Oil wells are not static entities either; once drilled their production decreases over time.  Just as a juice box becomes harder and hard to drink from as you pull out all the fluid, the same is true with oil coming out of the ground.  After some time, usually a few months, artificial lift is installed to keep the oil flowing.  Artificial lift is a generic term for a pumping unit, but usually takes the form of a pump jack, like the ones below. Also on site you’ll find tanks for holding oil and water, heater treaters (basically a system to separate oil from water and associated gas), flare stacks, and of course an onsite generator.  While all of the equipment onsite is necessary, without a generator all activities on site come to a stop. 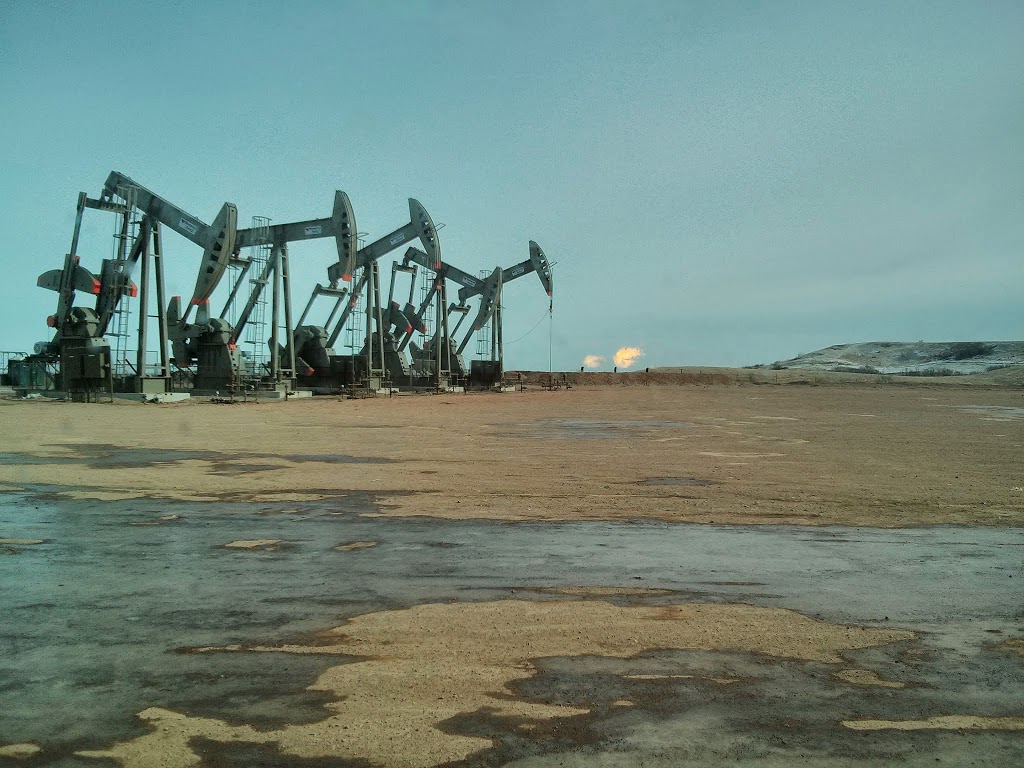 Early on, while the Bakken was being developed, (for political, legal, and strategic reasons) most wells were drilled with only one well on any given pad.  Today operators are doing what’s called infill drilling, where they packing together wells as densely as possible.  Without going into a detailed description of the geology and science of drilling and fracking, one thing is clear: there is more than one well per pad being drilled today.  This is important because each well typically needs 50-75kW of power.  Numbers vary, with as few as three wells per pad but we saw one pad with nine wells on site.  Each operator has their own secret number which is highly correlated to the reservoir engineering that is going on below the ground.
After the first six months (as shown from the chart on right), a typical well will be producing $30,000 in oil a day (or $1,250 an hour).  I think it is interesting to note that on that well pad with 9 pumpjacks, we saw one generator, which rented for roughly $20,000 a month.  Each hour of downtime from that generator at that wellpad amounted to $10k—and a good generator averages a day and a half of downtime a month.  More on this next time.